diamondbellamin_1990
Books of the Apocrypha

Scholars agree that 2 Esdras is actually a compilation of three separate works, none of which have anything to do with the time of Ezra. The prophet, Ezra, is a visionary in these writings. In the first section, chapters 1-2, Ezra basically affirms the rejection of the Jews in favor of the Christian Church. It is believed that Christians wrote these chapters themselves, probably around the middle of the second century CE. The second section is the longest and is comprised of chapters 3-14. This is an apocalyptic composition that addresses God’s plans for the future of Israel. It is believed that Jews wrote this piece around 100 CE. The last two chapters, 15-16, are the third section. This was also written by Christians and is thought to be even later than the first section, possibly written in the third century CE. It is comprised of oracles of doom addressed to the enemies of God’s people who are now represented by the Christian Church.

Putting them into chronological order, most scholars refer to chapters 3-14 as 4 Ezra, chapters 1-2 as 5 Esdras, and chapters 15-16 as 6 Esdras. It is completely unknown who, how, or why these were put together as one apocryphal book. The original documents (written in Hebrew and Greek) have been lost. Our only knowledge of these books comes from Latin translations. The composite works can be found in the Slavonic Bible under the heading of 3 Esdras and in the Latin Bible as 4 Esdras. English translations label them as 2 Esdras. It seems really confusing. But for the purposes of our study, we will refer to the individual sections as 5, 4, and 6 Esdras.

2 Esdras 1-2 (5 Esdras) portends to be Ezra’s prophecy about the rejection of Israel. There is a lot of prophetic language, obviously meant to give the book authenticity. According to this book, Ezra was the messenger for God’s prophecies. The book is historically set in the time of the Persians, back in the fifth century BCE. Ezra prophecies about the world of Christianity that would be in place by the second century CE. Whoever actually wrote this had a good command of Scripture, prophecy, and apocalypticism.

Though comprised of only two chapters, 5 Esdras played a huge role in the early Church. Its message affirmed that Jews were suffering because they had failed to obey God’s laws (a huge issue in the historical time of Ezra). God was patient and merciful, but Israel’s transgressions were so onerous that God transferred the identity of “God’s people” to the Christian Church. The Jews totally brought this upon themselves and God’s actions were an example of his justice. In short, this is supposed to explain how the Christian Church became the replacement for a fallen Israel. In other words, the Christian Church superseded the nation of Israel. Unfortunately, this concept of supercessionism really caught on and has dominated Jewish-Christian relations ever since. Modern scholars are revisiting this issue in their attempts to promote a better dialogue between Jews and Christians.

2 Esdras 3-14 (4 Esdras) is an apocalyptic work written by Jews around 100 CE. This section is comprised of three separate dialogues (3:1-5:20; 5:21-6:34; 6:35-9:25). Ezra, as a scribe, raises various theological questions that are answered by the angel Uriel. These basically have to do with the end times and the signs that will accompany “the age to come.” Following the dialogues are three dreams and their interpretations: a mourning woman (9:26-10:59); the eagle and the lion (11:1-12:51); and the man from the sea (13:1-58). The last verse includes God’s instructions to Ezra and a notation about him being a scribe. Some people prefer to think of 4 Esdras as comprised of seven separate units, but many scholars think it should be addressed as a whole.

In this section Ezra, as a scribe in exile, asks many hard questions about life in exile. He really struggles with the ageless question: “Why do good people suffer?” It is his attempt to explain how God’s people could be oppressed by nations far more wicked than Israel ever was. Some liken him to Job in that he relentlessly questions God’s plan and eventually comes to accept God’s will while hoping for a better life in the world to come. Uriel is the angel, sent by God, who explains and interprets for Ezra. At times, it is not clear whether it is the angel or God Himself who is speaking, but that is quite common in the Hebrew Scriptures. The prime question, of course, is, “How could this [the exile] have happened to God’s people?” The answer, of course, is sin. This leads Ezra to question the origin of sin and its control in humans’ lives. Since people can’t resist sinning, he questions God’s justice.

In a manner similar to his encounter with Job, God does not respond to Ezra directly but offers a different solution – the ushering in of the new age. It speaks to the fact that sin is so rampant that it cannot be eradicated. This world simply needs to end. Then God’s justice will be evident and complete. 4 Ezra speaks about the cosmic signs that will signal the end of time. He also refers to “my son the Messiah” (who has to die). Like many other apocalyptic works, 4 Esdras acknowledges God’s work in the present though it is unseen. It will only become evident once the “new age” has arrived.

Once again, this second section appears to be set in the time of Ezra, but scholars believe it was written around 100 CE. This was still a difficult time for Jews because the Romans were clearly in charge. This would also be after the destruction of the Jerusalem Temple [70 CE] and a time when Jews were highly harassed and possibly persecuted. According to this book, Jews expected the “new age” to come soon. Needless to say, much of the book is modeled after Daniel, another Jewish apocalyptic book set in the time of Nebuchadnezzar but written in the second century BCE.

2 Esdras 15-16 (6 Esdras) is comprised of oracles anticipating the demise of God’s enemies while offering encouragement to those who are being persecuted. Most scholars believe this is actually a Christian document dating back to the third century CE, but the evidence is not as convincing as it was with 2 Esdras 1-2. Nonetheless, Christians were having a rough time in the Roman Empire during this time, so it fits historically. The whole idea is that they should continue to be faithful because the end of time is near; God is about to intervene in the world.

It is again set in the time of Ezra, who is called to prophesy for God. The prophecy is that the nations will be punished for persecuting God’s “elect.” The main issue seems to be that the persecuting nations (Rome) have forced people to eat food sacrificed to idols. In so doing, God’s judgment on the nations will be irreversible and imminent. It is for this reason that God’s people should remain steadfast. Moreover, these events will be happening soon and God will deliver those who have been faithful.

Several scholars have pointed out that if this book really was written in the third century, it offers a peek into what Christian life was like at that time. Plus, it shows that Christians simply appropriated Jewish apocalypticism into their own situation. Needless to say, there are many parallels with the book of Revelation. The book ends with a warning and a promise. The warning is not to become involved in evil ways; the promise is that they will be rescued. Enemies who have oppressed and killed God’s people will, in turn, be dealt with harshly. God is a God of justice and God’s people can depend on this.

There are three separate sections to this letter: Chapters 1-2 – God’s Rejection of Israel; Chapters 3-14 – A Jewish Apocalypse; Chapters 15-16 – Oracles Against God’s Enemies.

2 Esdras is a composite of three different works, covering three different time periods. The main portion of it is a response to the hardships facing Judaism shortly after the destruction of the temple. This section, along with the other two, have been appropriated by Christians to provide encouragement during their own times of persecutions. The historical setting probably reflects times that were so bad that believers felt God had to intervene. It also wrestles with the notion of sin and its consequences: “Why do bad things happen to good people?” 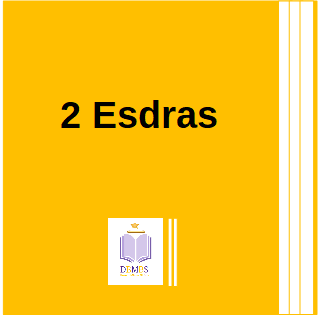